– Russia has launched an active disinformation campaign aimed at creating confusion and chaos about what is happening in order to divide society and to polish Russia’s image.

– At the international level, the pro-Russian media tends to discredit the West as a whole, blaming them for hypocrisy, i.e., not being united in a crisis, but rather isolating oneself.

– At the national level, mistrust of public administration as a whole is being sown, which already is an attack on democracy.

– Domestically the idea is cultivated that Russia’s undemocratic regime is able to provide to its population a more secure life than Western countries. It is in contradiction to the suspiciously low number of COVID-19 cases, assumptions by Russian doctors and international experts.

– In this context, the assistance provided to Italy is a signal that Russia is capable of what the European Union, NATO or the United States is not.

The COVID-19 pandemic has caused a global turmoil, forcing countries to impose aggressive restrictions to combat the virus. At the same time, however, the spread of the virus has created fertile ground for disinformation campaigns to mislead about the origin, spread and impact of the virus. At a time when the West has imposed extensive restrictions and reported countless new cases of illness and death on a daily basis, the information provided by Russia gives the impression that there are no significant problems in Russia. However, on closer inspection, Russia’s efforts to actively manipulate information to create a message in its own benefit become visible.

According to the EUvsDisinfo project of the European Union’s Eastern Strategic Communication Task Force, Russia has launched an active disinformation campaign due to the rapid spread of the virus around the world.[1] The aim of each disinformation campaign (and this one is no exception) is to create chaos and confusion about what is happening. The pro-Kremlin media and opinion leaders come up with the usual theories that the virus was created by scientists in the USA, UK and even Latvia (!)[2], or pronounce apocalyptic theories about the end of the liberal world order or civilization, as, for example, can be read in Alexander Dugin’s article at www.geopolitika.ru.[3] Most of these theories, however, are much more moderate. They are essentially based on the belief that countries are incapable of dealing with a virus that is no more dangerous than the flu.

It is important to note that the apparent incompatibility of such different theories is part of the calculation, not an error. By creating chaos, the pro-Kremlin media and opinion leaders are trying to achieve two goals: to intensify the current divisions in society outside Russia, and to polish Russia’s image.

Looking at the arguments against the European Union and NATO, one can  conclude that there is one specific message: the West is divided. For example, the restrictions and efforts by the member states of the European Union to deal with the crisis on their own call into question the meaning of the European Union, which clearly lacks cohesion. Transatlantic relations are also being questioned, criticizing NATO for failing to invest its resources in the fight against the pandemic. The United States is also being criticized, because how reliable can be a strategic partner who turns away from the Allies in a crisis situation?[4] The aim of these messages is to undermine confidence in supranational structures and the West as our strategic partners, stating that in a crisis situation, everyone will first take care of themselves.

Meanwhile, information on countries’ inability to solve problems is being actively disseminated at the national level. In this context, the incompetence of state institutions in both planning and practical operation is especially highlighted. Significantly, this message is often complemented by the indication that only major powers such as the United States, China and, of course, Russia can cope with a crisis of this magnitude. This sows distrust of public administration and democracy in general. It is important to note here that a democratic system of public administration cannot function fully if the public does not trust it. On the other hand, it is easier to manipulate a society that does not trust its institutions in the interests of an external force.

EVERYTHING IS OK IN THE COUNTRY – OR IS IT REALLY?

The secondary goal of the disinformation campaign is to strengthen Russia’s image both internationally and domestically. For this reason, the message of Russia’s ability to deal with the situation on its own is constantly being woven into the disinformation materials, thus confirming the country’s greatness. Criticism of Western efforts to tackle the problem often leads to the argument that the democratic system of public administration is to blame, which turns out not effective during a crisis. This, in turn, makes it possible to use already tested information tactics and to conjure up the picture that Russia’s undemocratic state system is inherently competent and much better suited to dealing with emergencies.

To reinforce this idea, China’s successful efforts to curb the spread of the virus are regularly invoked, attributing its merits directly to the state administration. In addition, it is emphasized that only the great powers have the resources to fight the plague. In this context, the assistance provided by Russia to Italy in sending several consignments of necessary goods is significant.[5] This is a clear signal that, at a time when Italy was in dire need of assistance, it was Russia that provided it, not the European Union: this confirms the above-mentioned argument about the weakness of supranational institutions. In addition, it may become an argument in the hands of propagandists that the ‘bad’ Russia, to which crimes have been wrongly attributed such as the invasion of Ukraine and the crash of a passenger flight over Eastern Ukraine, is the one who can respond selflessly to the call for help.

According to the Russian Ministry of Health, as of March 26, almost 193,000 laboratory tests had been performed in Russia and only 840 people out of a population of 144 million had been diagnosed with COVID-19.[6] This figure is very low. In Luxembourg, for example, with a population of around 600,000, by March 25, 1,333 persons had been infected.[7] Given that Russia’s tactics during the crisis are to polish its image, it is entirely possible to hide the real situation. Concerns are heightened by what Anastasia Vasilyeva, a spokeswoman for the Russian Medical Association, said: at the time of the COVID-19 epidemic in the world, the number of pneumonia patients in Moscow had risen sharply.[8] In addition, experts also suspect the use of less sensitive testing tools[9], therefore the disease is not correctly diagnosed.

At the same time, the Russian state administration is signaling that, unlike in the West, the situation is fully under control and the country is fully prepared in case the situation deteriorates rapidly. This cultivates the idea that Russia’s undemocratic regime is able to provide a better (or, in this case, safer) life than Western countries, which are now forced to fight for themselves, despite their membership of the European Union, NATO and the partnership with the United States. According to healthcare professionals, this assumption is to be soon tested in practice, as a rapid increase in the number of cases is very likely.[10]  This will put great pressure on both the health care system and public administration in general. Moreover, even in this case, no information would be received on already active but undetected cases. In the long run, the state’s ability to control the disease may also prove politically important – it would strengthen the undemocratic state system by demonstrating an effective decision-making model in a crisis situation.

NO CHANGE ON EASTERN FRONT

In general, there is a tendency for Russia to use the spread of COVID-19 to achieve its political goals. Assessing the situation outside the state borders, the incompetence of international institutions is actively pointed out, which has led to the self-isolation and selfishness of states, which in turn raises doubts about the meaning of the existence of the institutions themselves. At the same time, nations are being used as examples of the inability to effectively normalize the situation, while decisive and well-thought-out state policy in Russia has ensured the low prevalence of COVID-19. The impression is that Russia, unlike the West, is able to protect its country and its people, and it also cares about the misfortune of other nations, as illustrated by granting aid to Italy.

In general, this Russia’s approach is nothing new. It is part of a broader strategy that has been in place for more than ten years. Each shock is used to illustrate Russia’s stability and power by launching an active disinformation campaign to divide and deceive the international community. The aim of the strategy is to divide and rule, that is, to undermine trust, both at the transnational level and between national governments and their public, so that, if necessary, they are more receptive to Russia’s messages of altruistic intentions and concerns for democratic values. Just as society is susceptible to the coronavirus if control measures are not followed.

At the same time, it cannot be denied that the potential impact of Russia’s opportunistic campaign is closely linked to countries’ ability to control the situation. A society that sees decisive and effective government action will be better able to resist the Kremlin’s message about state futility.

[3]            Alexander Dugin, „The Plague Gods: The Geopolitics of Epidemic and the Bubbles of Nothing”, Geopolitika.ru, https://www.geopolitica.ru/en/article/plague-gods-geopolitics-epidemic-and-bubbles-nothing 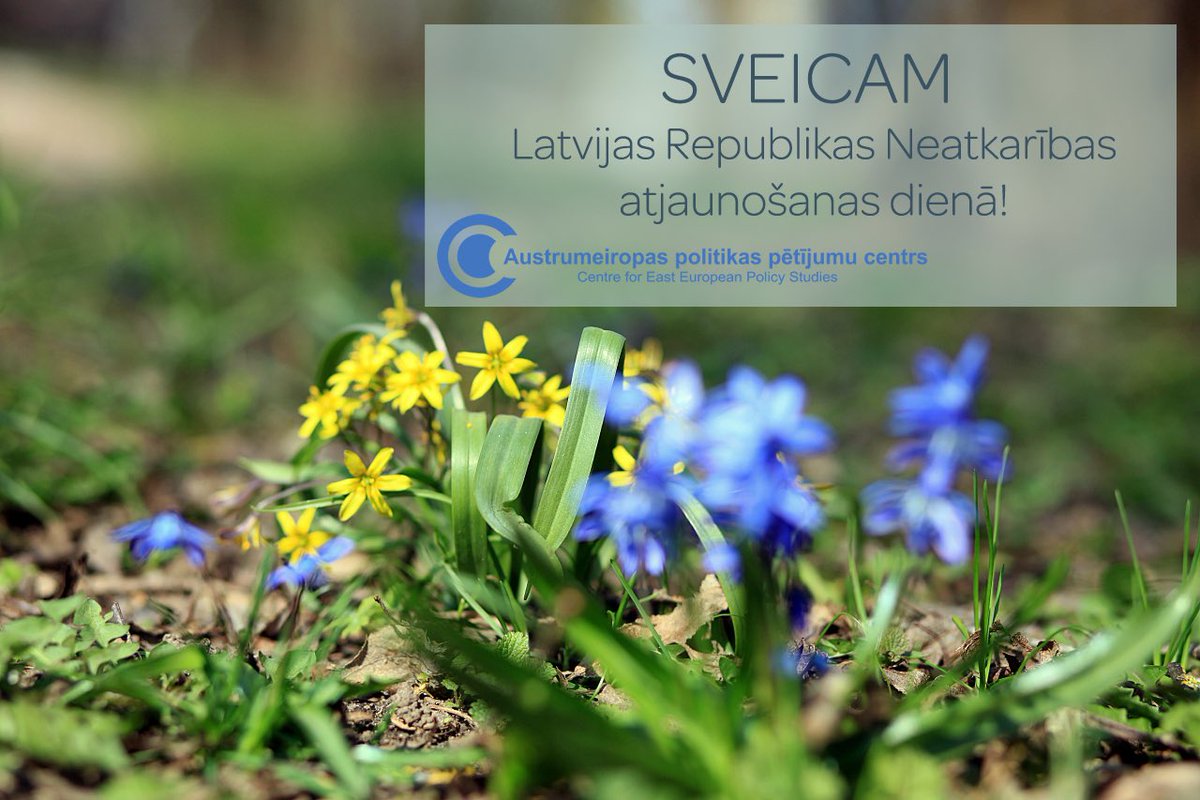